I’m going to be making a little more of an effort to get some coding up on this blog - not least because I’m always going, ‘now where’s that chunk of really useful code that does x and y?’ and having it here would make it easier for me to find.

So to start with, here’s something a little bit meta. I’ve been using RMarkdown on Windows to create blogposts for Jekyll, and part of that’s been using this little script to Knit the Post into jekyll-ready markdown.

So this post assumes you’re already doing something similar and know how to write in RMarkdown / copy the resulting Knitted posts and figures to your Jekyll site etc. At some point I need to write a full start-to-finish guide to doing this: it’s got a lot easier with some recent changes too. But for now, I just want to look at how to make the process smoother by automating some of the faff.

It might be things have moved on and there’s some much easier way of doing this internal to RStudio - do let me know if so!

The KnitPost function above creates the md file and also puts any figures in a folder in the local project. You then have to copy these to the correct place in your Jekyll folder - and also edit the header so it’s Jekyll-ready. Once you’ve done all that, you can preview locally using jekyll serve before pushing to the interwebs (as I’m doing here on my github.io site).

Which is great - but if you make an edit in your RmD, you have to then go through that process all over again. Mucho Fafferoo. I always have to make minor edits after I’ve posted something, as I suspect most people do: you don’t see a lot of errors or typos until you’re previewing and you’re bound to think of something you missed. Having to go through this faff each time? Harrumph.

So I’ve written an update to the above script that moves the files to the correct place once they’ve been created and replaces the header with the correct YML. This means you just need to write the thing, then call the KnitPost function, and can preview changes immediately.

The full function is below - just edit the URL of the Jekyll website and the path to your local Jekyll files.

And rather than load the function each time or package it up, I’ve just stuck mine into my Rprofile.site script so it’s loaded whenever RStudio runs. (I think I got that from here.) You’ll find the RProfile.site script in the Program folder of the R installation, in the ‘etc’ folder. (E.g. the path to mine is ‘C:\Program Files\R\R-3.3.0\etc’). Just copy/paste the function at the end of the script.

Then you can just write your RMarkdown script and run:

The only little thing to note: it relies on there being three dashes to mark where to replace the header. By default, this is what RStudio creates if you make an Rmd script from its file menu. In theory it should be easy to code it to detect any number over three. I’ll leave that as an exercise for the reader…

Right, this has nicely reminded me how this whole Jekyll blog thing works. Now let’s start getting some less meta topics up here. Bye for now! 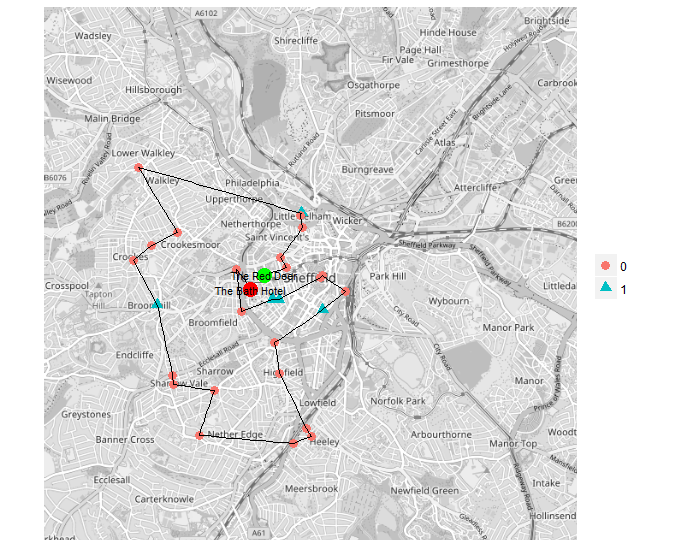 Well maybe. Sheffield R User Group kindly invited me to wiffle at them about an R topic of my choosing. So I chose two. As well as taking the chance to share my pain in coding the analysis for this windfarms project, I thought I’d bounce up and down about how great R’s spatial stuff is for anyone who hasn’t used it. It’s borderline magical.

So by way of introduction to spatial R, and to honour the R User Group’s venue of choice, I present the Pub Crawl Optimiser.

I’ve covered everything that it does in the code comments, along with links. But just to explain, there were a few things I wanted to get across. (A lot of this is done better and in more depth at my go-to intro to spatial R by Robin Lovelace and James Cheshire.) The following points have matching sections in the pubCrawlOptimiser.R code.

A couple of friends have actually suggested attempting the 29 pub crawl in the code (below, starting at the Red Deer and ending at the Bath Hotel). I am not sure that would be wise.

So what would you want to see in an essential introduction to spatial R for anyone new to it? 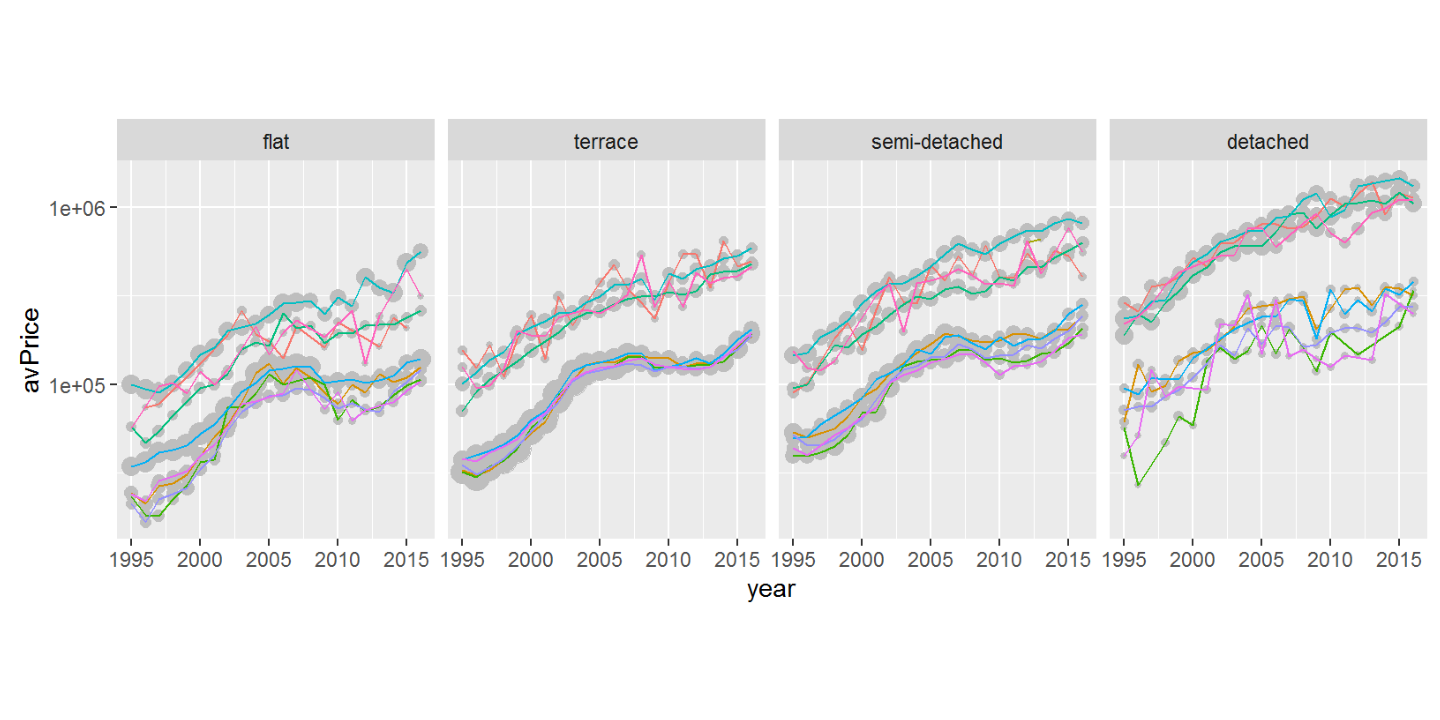